The Captain and the Coquette
Continued.

A Short Story Prequel to

Beauty and the Beast of Thornleigh.

Here is chapter four of the prequel short story to my second novel for which I'll be publishing the chapters weekly.

From material which inspired my second novel.

Brandt did not have time to raise his weapon.

The tallest of the highwaymen spoke in rough tones. ‘Step out, gentlemen! No hasty movements! Leave the pistol behind, I think, Sir!’

Brandt reluctantly placed the gun on the floor and followed Osmand and Charles to step from the carriage onto the road. The woman in the dark cloak remained inside, and Brandt prayed the creature would stay quiet. The highwaymen had not thought to check for other occupants, and he hoped they would not think to do so.

The driver lay on the road, moaning, blood gushing from a wound on his leg, and the post-boy was disappeared.

‘Naval fellows!’ exclaimed the leader of the pair. ‘Aye, then you might have some pretty coin in your pocket, and a trinket or two, I suppose, hey fellows? Empty your pockets, boys, while my friend here searches your trunks!’

True to his word, the other masked man had opened the trunks and was flinging clothes and papers onto the road, until he found a wad of pound notes. The first man waved his pistol again and indicated they ought to turn out their pockets.

Suddenly, a very uneven but decidedly female voice cried, ‘Put down the gun or I will shoot! I am determined!’

These two exclamations were uttered at the same time, for both Charles and Brandt had recognized the young woman who was half kneeling in the door of the carriage, her hood flung back from her fair hair.

The footpad with the pistol turned his weapon upon her, but she had already fired. Eyes closed, she had fired as straight as she could, and struck the fellow on his arm. He tumbled, clutching the arm, and the other masked fellow, still clutching the wad of pound notes, stumbled and struck off for the woods on their left, in as much haste as he could make.

Brandt lost no time. He strode to the young woman and gently removed the pistol which was now smoking darkly from the tip.

She opened the eyes which had been squeezed shut. ‘Is he dead?’ she asked in a wavering voice.

He shook his head grimly. The other fellow now got to his feet and made off, limping badly, in his friend’s wake. Osmand, at first making an attempt to follow, was prevented by Charles, and the party turned instead to Catherine, in a great astonishment. A volley of questions followed, which led her to hang her head in shame.

‘I only wanted to see Charles off! Yes, it was very foolish of me, but I thought, what a lark, and I never have adventures, and I thought I should be perfectly safe with you all, and now I feel foolish and silly, but after all, I did save you all, did I not?’ she ended hopefully.

Brandt recalled the conversation in the carriage earlier, and bit his tongue. Miss Hailsham had been through enough today. He wished he had not spoken so. He put his hand gently upon her arm. ‘Despite your foolish behavior, Miss Hailsham, I believe we have you to thank for our lives, if nothing else. You were very courageous, was she not, Hailsham?’

Charles put his arm around his sister. ‘Yes, you’re a jolly good girl, Cathy, but what possessed you to endanger yourself, and travel in disguise I do not know. You know if you had come to harm, I could not have faced Mama,’ he chastised. ‘What she will say, I can hardly guess!’

‘Yes Charles, I am very sorry for the nuisance I have been. I only wanted to see Cap—I mean to see you off. War is so very a dangerous thing, is it not?’ With this remark, she began to cry, and was inconsolable for some minutes.

Brandt thought to himself that this was the first time he had seen the real Catherine Hailsham, and he liked her rather the better for it.

When they had seen to the injured driver and bandaged him up with pieces of shirt, they struck out again, with Charles at the reins this time. They made for the nearest inn, where, to Catherine’s dismay, they insisted that they were bound to set her home again on whatever hired hackney they could cajole from the innkeeper, and with the indignity of woman to keep her company. True to their word, upon reaching the nearest posting house they saw to it that after a fortifying meal and glass of wine, Miss Hailsham was bundled into a hired chaise. With a mixture of awareness of her own foolishness and the new misery which she now must conceal from them all, especially Captain Brandt, Catherine allowed herself to be tucked into the carriage.

Before closing the door, however, Brandt leaned in and said in surprisingly gently, ‘You were very brave today, Miss Hailsham. I shall not forget what you did.’
She nodded stiffly, and felt herself the fool for more than just her actions today. But he obviously meant to go on.

‘It is perhaps better not to speak of what was said in the coach in your hearing, particularly when you should not have been there in the first place,’ he added in chastising tones. ‘But I never meant you should hear ill spoken of you. Forgive my impudence.’ His voice was soft, kind, the voice you use on an infant.

Catherine felt herself colour deeply, and did not know where to look. Finally, she looked him in the eye, almost defiantly. ‘It was nothing, Captain,’ she said lightly, ‘pray do not be anxious over it. I am thicker-skinned than my friends give me credit for. Besides, due to my having but little real substance,’ she added tartly, ‘I collect we should both find each other tiresome, if we were to spend any time together.’

Truth obliged him to acknowledge privately that she had not misjudged the general suitability of their characters, but he felt, all the same, the sting of that judgement, since he certainly might have misjudged the lady on one point. He said gently, ‘I collect that you have more substance than I gave you credit for, Miss Hailsham. I own that I rather mistook you. I beg your forgiveness for that, too.’

She kept bright, defiant eyes fixed upon him, but seemed as if she could not speak.

He admired her courage, but repressed the chivalrous urge to comfort her, for he knew he could not. She would take refuge in her pride, and he would not take that from her. He said lightly, ‘I am afraid I must leave you; time awaits no man, and I must now be away to sea with your brother, and only God can say if we shall return and when.’

There was kindness in his eyes, but it was the kindness which arises from pity, and she looked away. Brandt stepped back and closed the door to the carriage. ‘Goodbye.’ He gave the post boy a nod and the carriage jolted slightly and moved forward.

The woman they had hired to see her safely back to town made some general remarks upon the weather, and the amount of work she would come back to that evening, but Catherine did not reply. She pulled up her hood, and turned her face, once again, to the window, and even the woman did not notice the tears which rolled down her cheeks for some time in the shadows of the carriage as it moved inexorably forward, taking her back to the city.

Get notified when my latest content is published! You'll also receive the latest regency news and promotions!

Fill in your details below

Indulge yourself and continue reading. Below is my latest blog post, enjoy!

There are few writers who can claim to having created a post-humous cult following, but Jane Austen is one of them. Her novels have inspired literally hundreds of fan-fiction writers, who have gone on to create hundreds upon hundreds of prequels, sequels, spin offs, alternative endings and alternate-view narratives. Thank god, for those of us who cannot get enough Austen, we now have a virtually unlimited supply of novels, novelettes, spoofs and short stories from which to choose.

Subcribe to my newsletter

Get notified when my latest content is published! You'll also recieve the latest regency news and promotions!

Fill in your details below

Get notified when my latest content is published! You'll also recieve the latest regency news and promotions!

Jane Austen Fan Fiction- Recommended Favourites List.There are few writers who can claim to having created a post-humous cult following, but Jane Austen is one of them. Her novels have inspired literally hundreds of fan-fiction writers, who have gone on to create hundreds upon hundreds of prequels, sequels, spin offs, alternative endings and alternate-view narratives. Thank god, for those of us who cannot get enough Austen, we now have a END_OF_DOCUMENT_TOKEN_TO_BE_REPLACED

After Anne Elliot marries Captain Frederick Wentworth, what happens next? Will her second chance at love survive war, scandal, and bitter tragedy?

A sensible young lady, her flighty cousin, a charming guardian, a mercenary Earl, deceit and scandal, and the exquisite agony of unrequited love!

A Beauty with a limp, a Beast with a scarred face, an unwanted proposal, a matchmaking aunt, a carriage journey in a snowstorm, a duel for a maiden’s honour, and the perfect happiness of a love returned!

Clemence Hurst is an unusual young lady. Rich and single, she has a burning desire for freedom. But she never bargained on meeting the one person in Bath who could throw all her dearly-held notions of happiness into disarray! 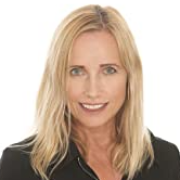 Kate Westwood is the author's pseudonym. Kate has a background in academic writing and editing, and holds a Master's degree in English Literature. Having had a life-long dream to write novels, she finally turned her pen to regency romance after finding that there was a need for a new style of writing regency.